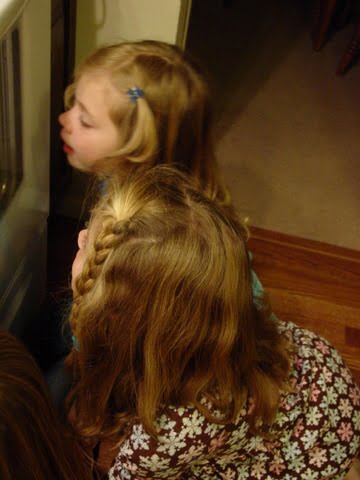 When I grew up in Germany, the 4 weeks before Christmas, Advent were special. For those 4 weeks we gathered on Sundays to work on Christmas projects, listen to Christmas music, eat Christmas cookies, and hear my Dad read Christmas stories to us. There was something magical about that time. I have from time to time tried to renew this tradition here in Ohio but haven’t been too successful. This year, I thought of having the grandkids over and that maybe we could make some Santa Clauses German style on St. Nicholas day. See, in Germany, in the old days, St. Nicholas and Christmas were not identical. St. Nick’s day was December 6th (I suppose it still is) and we had a yeast bread, made in the shape of St. Nick. St. Nick would also come around on December 6th with a big sack on his back full of toys for “good” kids. He was usually accompanied by St. Ruprecht. St. Ruprecht had an empty sack for “bad” kids. Boy, did we all try to be good and recite our poems for St. Nick so we wouldn’t end up in Ruprecht’s sack!! 🙂

I decided that maybe I could do a little teaching about St. Nick and bake a German style yeast bread. It was fun – though there were moments of tension. See, while the kids were waiting for the Nicholas’ to cool off so they could put icing on them, Grandma thought she needed to try one. Problem is, Grandma got confused and ate Eliana’s Santa Claus. Oh, the horror when I realized what I had done. Now you need to know Eliana is one our little Aspies and meltdowns are frequent. I just wanted to go and hide. How could I have eaten HER St. Nick???!!! Oh, Grandma spent many remorseful moments before ‘fessing up. And Eliana was so gracious. She was just fine with taking Grandma’s Santa Claus instead. And Grandma sighed a deep sigh of relief! LOL.

The other moment of tension came when the children somehow thought they had made “cookies” not bread. You know bread is just not the same as a chocolate chip cookie!!

Other than that, it was a fun filled evening and I am posting some photos of it. 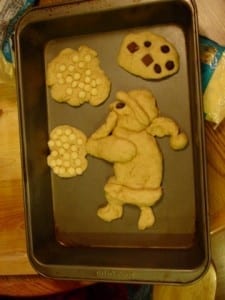 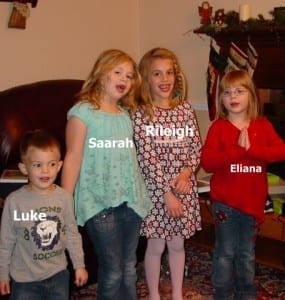